Volunteering with wildlife projects - what you should know! 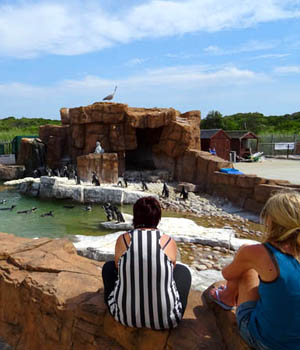 Volunteering projects with wildlife exist all over the globe. Many of them certainly do make a meaningful contribution to species conservation, are active in field of environmental education, and/or conduct research that provides insights needed for conservation work. However, one can also find numerous programs which only serve as a source of income for their operators and for volunteering agencies that don't take animal welfare and species conservation seriously into consideration. Some projects are even abusing animals and deliberately given false information about the sense of their activities.
This article aims at raising awareness for critical issues related to volunteering with animals, and explains what matters to World Unite! in this regard.
Please see two examples from the plentitude of unethical volunteering programs with animals that exist:

One of the worst examples that can be given are "Lion Projects" in southern Africa.
For the operators of such projects and volunteering agencies sending them international volunteers, these projects are a lucrative business. First, lion cubs are torn from their mothers after birth (the mothers are often shot dead). Foreign volunteers are given other explanations for why the lion cubs are orphaned, and they pay to care for the orphaned baby lions. At the same time the lion cubs often serve as a tourist attraction. The tourists are photographed with the lion cubs, or go for a walk with them ('Walking the lions'). Once the tame lions are grown, they are allowed to run freely in a large enclosure where they are shot by foreign trophy hunters for lavish pay (for more information google for "canned hunting"). The lions' exploitation chain is even continued, because after the animals are killed, their bones are sold to Asian countries, where they are used to make traditional medicine. Similar exploitation chains exist with other wild animals such as leopards, tigers and monkeys.
Of course, not all projects dealing with such wild animals act in that way. However, due to a lack of information provided by projects and volunteering agencies, it is usually impossible for volunteers to differentiate between real conservation projects and fake projects. Many of our competitors do not thoroughly investigate the placements they offer, and therefore have to be blamed for recklessly supporting and profiting from such unethical projects.
All wildlife projects that we have been working with in South Africa for years appear in the list of "good" projects by "Volunteers Beware".

In the city of Jaipur in northern India, Asian elephants are kept in the city as a means of transporting goods, and for tourists to ride on. The elephants are usually kept under terrible conditions and parked like vehicles in garages. Often they are the victims of accidents in the inner city traffic, from which they result badly injured. International volunteering has opened up yet another, and even more lucrative business to the owners of these elephants: As "elephant project", foreign paying volunteers are sold the opportunity to "take care" of the animals. The profit motivates the owners of the elephants and providers of these volunteering programs to keep the elephants under bad conditions, in order to continue to attract volunteers who want to "help poor elephants". (Volunteers often assume that the "Mahout" elephant keepers who are living in poverty with the elephants are actually the owners of the elephants and that they don't have the financial means to provide appropriate housing to the elephants. However, in reality, the Mahouts are only employees of the real elephant owners who are typically wealthy families owning many elephants). Unknowingly and in good faith, the volunteers increase the suffering of the animals.

What can I do as a volunteer?

What is World Unite! doing to make sure that animal projects make sense and are well run? 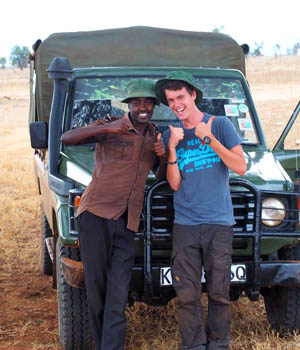 We have our own team member, Monique Franke, who holds a M.Sc. in "Forest Science - Biodiversity and Environmental Conservation". Together with our international teams, she is deeply looking into and consulting all wildlife projects we work with, and if needed develops them further to improve standards. The emphasis is on ensuring that a real contribution to conservation is at the heart of the project instead of the commercial exploitation of animals.
An important point that however has to be taken into consideration (which is also mentioned in the ABTA guidelines), is that habitats are shared and overlap between human use and animal use. Particularly in the so-called developing countries, where people are often living at the subsistence level, animals are often considered competitors and are therefore intensively hunted. An example for this can be found in Zanzibar: impoverished small-scale farmers who make their living by growing fruits are killing the critically endangered Red Colobus Monkeys, as they consume their fruits/harvest. In order to promote species conservation, it is therefore often necessary to include people who share habitats with animals financially into animal conservation activities. Getting a financial benefit for themselves and their families can make them become more cooperative in protecting wildlife. Eco-tourism development can be a driving force in generating income while at the same time protecting species and habitats.
For all placements with animals, we try to abide by the "Global Welfare Guidance for Animals in Tourism 2013" and the criteria published in the manual of "Unacceptable and Discouraged Practices 2013" of ABTA, which apply to animals living in the wild and animals living in captivity. The guidelines and practices are based upon scientific evidence, and the publications are providing detailled information about many animal species.
For free-roaming wild animals, the ABTA guidelines include unacceptable practices such as human-initiated physical interaction with dolphines and whales, unregulated animal and plant collection from the wild, and disruption to natural feeding and breeding behaviours, e.g. by safari vehicles chasing and encircling animals.
So-called ex situ conservation measures include the keeping of wild animals in captivity, which might be necessary for example, in the rearing of young animals of endangered species (for later release), when in the wild they have little chance of survival due to human or natural influences (e.g. marine turtles). Another common reason for temporary captivity is the medical treatment of injured wild animals. Furthermore, there are projects dedicated to environmental education, for instance teaching children a scientific and respectful co-existence with animals.
The most important aspect if animals are kept in captivity, are the keeping conditions. They must be appropriate for the respective species. ABTA is referring to the principle of the "Five Freedoms", as originally formulated for the welfare of livestock in 1979. These criteria include "Good feeding", "Good housing", "Good health", "Appropriate behavior", and "Protection from fear and distress".

Good Health
Appropriate behaviour
Protection from fear and distress
Based on the ABTA Guidelines, we regularly train our local staff, and the team members of animal conservation project we cooperate with, to develop awareness about these issue and act accordingly.
Nevertheless, we must point out that this is a long way to go, as particularly in the so-called developing countries, there is a substantial backlog about animal welfare issues. Fully reaching Western standards is a process which takes time and must go step by step.
You can download and read the ABTA publications in full length (registration with an email address is required):
In case of questions you can directly email to Monique (Diese E-Mail-Adresse ist vor Spambots geschützt! Zur Anzeige muss JavaScript eingeschaltet sein!).