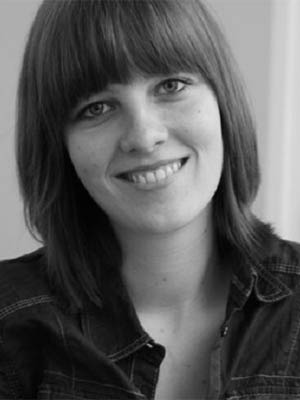 We thank our participant Miriam Gutekunst for allowing us to publish a part of her study on "The cultural exchange through Voluntourism - The example of the Women's Initiative Union de l'Action Féminine in Morocco" on our website.
We think that the text contains many relevant ideas, not just for our "Voluntourism" participants, but also long-term volunteers and interns in helping them to prepare for their stay abroad.
Miriam Gutekunst studied at the Institute of Ethnology/European Ethnology at the Ludwig-Maximilians University of Munich.

Whether in an orphanage, a children's theater, a refugee camp, a sheltered workshop, an animal protection center, a reforestation project or AIDS relief project - the possibilities to do a voluntary service abroad could not be more numerous and diverse. However, both non-profit organizations, as well as commercial tour operators are mainly young people and older interested parties who look for the opportunity to travel far and learn at the same time through their involvement with a local organization, not just the tourist side of a country, but gain a whole new insight to preserve the culture, and a way to do "good" for the host country and its people. While voluntary services have long been standard practice, particularly in the context of development cooperation, it has now opened a new travel segment for the tourism industry - Voluntourism. This is the offer, for one or a few weeks, to participate in a charitable organization or a social institution in a developing or emerging country, as opposed to several months as is common with the classical development projects.
My Voluntourism project was a women's initiative in Tangier, the "Union de l'Action Féminine" (UAF), in which you can participate for one or more weeks, through the Voluntourism Program of the German organization "World Unite!". For my research, I even spent one week there as a volunteer and got first hand results through participant observation and informal discussions. I was able to get further in depth information in retrospect, through questionnaires sent to former volunteers, the director of "World Unite!" and one of the women in charge of the UAF, via e-mail. In this article, I would like to present my case study and analyse it on the basis of theories of cultural transfer and travel.

1.1 World Unite!
It is important to distinguish between the two types of offers in Voluntourism: Packages for profit - tour operators such as "Sta Travel" that have taken up this new travel segment under "Travel and Helping" in their catalog. In this case, the package only includes a few days "Help" and the rest, sightseeing, hiking, swimming trips and other classic tourist activities. "World Unite!", however, offers such travel packages in cooperation with agencies in the so-called Voluntourism Hopper program. Here, you book only your flights; the one-three week operation includes accommodation, transfers from/to airport, introduction at the facility, information booklet and a local contact. This offer is not lucrative, since the prices are kept low so that they only make up for operating costs and the continuation of the program. Virtually all the remaining fees go to the host country.
1.2 "Union de l’Action Féminine“ – An introduction
The "Union de l'Action Féminine" (UAF) is a non-governmental, non-profit organization, founded in 1987 in Rabat. The Women's Initiative comprises 33 branches, including one in Tangier. Its objectives include improving the legal and social status of women and the fight against all forms of discrimination against women. The UAF meets these objectives through training and start-ups, supporting the socio-economic situation of women and educating, in the form of awareness courses, on their legal situation. In addition, the UAF has launched campaigns against violence against women and offers free literacy courses. Moreover, at UAF in Tangier (office is located in the district of Souani), there is a computer room and tailoring room with sewing machines for paid courses. There is also a small library and craft supplies available for the children of these women; they can be used as part of a recreational program, which also includes foreign language teaching. The women in charge of the office in Tangier are Noura, who is responsible for the organizational book-keeping, and Saloua, who oversees the daily operation and also supports an external collaborator in awareness raising courses.
The collaboration with "World Unite" began in 2009. Since then, volunteers come at irregular intervals and also revisit:
"Pour l’UAF, la collaboration avec les volontaires de l’étranger est une nouvelle expérience. On l’a commencé l’année dernière. Le nombre des volontaires varie, ça dépend tout del’organisation "world-unite" qui nous les transmet. De toute façon, on est ouvert pour tout le monde. Ça se peut, qu’on reçoit des volontaires pour une semaine ou pour plusieurs mois. Là, l’UAF est très flexible.“ (Noura)
1.3 The Volunteers
The volunteers who opt for the UAF have, on the one hand, the opportunity to get involved as part of the leisure program, for example, by teaching foreign languages, ​​or play in the afternoons with the kids. They can also take care of the facilities of the house in the form of repairs.
A knowledge of French is required to work at the organisation.
"Il y en a des volontaires qui enseignent des langues (le français, l’anglais) pour les femmes et les enfants du quartier. Un autre volontaire, qu’on a reçu, était un technicien qui a réparé les ordinateurs de l’association. On avait aussi deux volontaires des Etats-Unis qui on fait un cours de peinture et de photographie pour les enfants, une artiste et une photographe. Et on a reçudeux allemandes qui on organisé et réalisé des activités (des jeux, des chansons, du bricolage) pour les enfants.” (Noura)
During my stay in Tangier, I encountered two volunteers from the UAF: Martina, in her mid-twenties, a student of teaching English and French in Germany. She spent two weeks in the organization and, took English lessons during this time for children aged 5 to 17 years. The Swiss Catherine, also in her mid twenties, was already a professional teacher. She taught French at the UAF; however, this was for a period of 6 months, and thus does not actually fall under the heading Voluntourism. However, since I met and interviewed them during their first four weeks of work, I would also like to use their statements.
Back in Germany, I had made contact with two other former volunteers of the UAF: Simone, a forty year-old teacher of Geography and French, who had also taken two weeks of French lessons, and Otto, in his late twenties, who, during the same period, mainly participated in repairing the computers of the organization.
I myself, participated ​​in the autumn of 2010 - together with Marie, who also studied teaching in French and social studies - for one week at the UAF, in an afternoon program for the children of the district. We collected materials for handicrafts, prepared linguistic games and along with Catherine, supported their teaching units.

2. Analysis of the field

3. Summary and critique "Travel and Helping"

Finally, it must be noted, that for a more detailed analysis of cultural exchange in Voluntourism, further surveys and especially qualitative interviews must be conducted. Nevertheless, what we have brings us closer to the results of the advantages and disadvantages for intercultural encounters in this new form of travel.
Compared to other forms of tourism, Voluntourism strongly favours cultural exchange. During conventional travel, one comes across only locals who work in the service sector, and sees areas of the city that have been made ​​into museums and staged for tourism; the volunteer tourist gains an insight into the daily lives of people who make a living in a non-profit organization or social institution and moves in neighborhoods that you would probably never set foot in as a normal tourist. In addition, the brevity and uniqueness of the encounter is eliminated. Even if the volunteer is committed to only one week in a project, the encounter has a certain regularity and intensity. However, this greatly depends on the interest, openness and tolerance from both sides. Certain conditions must be fulfilled in the Voluntourism to facilitate Intercultural exchange. All the volunteers I interviewed had an education in their project area and thus, knowledge by which they and the people visited benefited through their work in the organization. In addition, knowledge of foreign languages ​​should always be the prerequisite to commence a volunteering assignment in this context, since otherwise, the dialogue already fails due to communication problems. The question remains as to what extent both sides can benefit from each other in one to three weeks. Catherine, who worked for six months in the UAF was very well prepared for her stay, both in prior knowledge about the Moroccan culture and society, as well as with the teaching materials and language skills. You know from the beginning that you will spend a few days in the organization; preparation should be taken more seriously. It is also obvious that the students benefit from the language teaching even more when the volunteers stay longer. One should always have the thought in mind: what will remain when the volunteers are gone? How sustainable is the project? Here too, further studies would be interesting.
Finally, I would just like to explore the concept of "giving", referencing the Voluntourism providers such as "World Unite!". What does actually help and is it true in this case? Who helps whom here?
First, we need to define "help" and what exactly the need is. But who diagnoses the situation, the need and the right help? This creates an imbalance of power between the "superior experts from the West" and the "retrograde needy from the developing country". Another point of criticism of the term "help" is the bias that this implies. However, in Voluntourism, as opposed to longer deployments abroad where a very selfish component affects the decision to volunteer, will not be an issue. Even if the people visited can learn something from the volunteers (this requires a certain training or experience in a particular area), whether they are implemented and especially if they are at all useful for the organization in a completely different context, remains doubtful. But the main argument against this implied unconditional altruism and the "helper" is the knowledge and experiences that the volunteers gain from their project and this often significantly outweighs what remains after their return.
So Voluntourism, in terms of "giving", automatically causes negative images of young, adventurous tourists from Europe, traveling in a developing country to contribute something for the poorest of the poor , and also enjoy holiday activities for a few days and thus easing their conscience. By taking these forms of travel, however, under the rubric of "cultural exchange" and meeting the people of the host country at eye level, knowing what you can learn from all of them, has attained this novel, often criticized terminus of Voluntourism, a whole new connotation.
* All names of participants have been changed.
Log-In