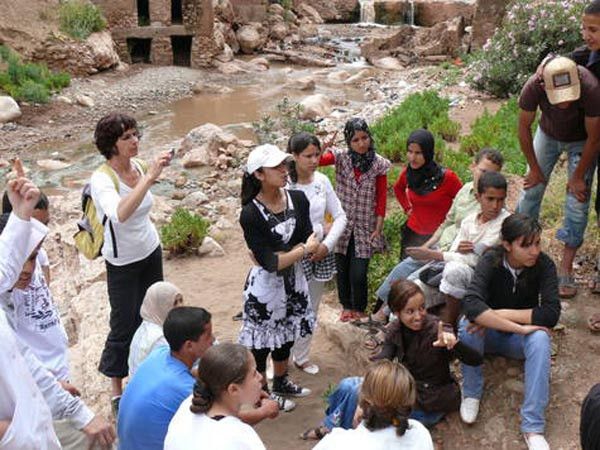 The Centre for Environmental Education (CEET) in Tangier is an NGO belonging to the “Associacion d’Enseignants de Sciences de la Vie et la Terre" (AESVT), an organization promoting environmental education, sustainable development and environmentally responsible behavior in Morocco. It is run by environmental scientists and science professors, organizing various activities from the fields of environmental conservation, health, and sustainable development, at schools, colleges, training centers for teachers, and for other NGOs. Activities include workshops, lectures and discussions, hands-on conservation activities and excursions.
Currently, CEET is working on the following projects:
Interns and volunteers at CEET can actively participate in all tasks and activities at the center, including:
Activities possible for volunteers/interns with advanced qualifications/skills include:
Other areas for possible workshops and activities:
Depending on their French language skills, interns/volunteers can participate in different ways in the activities of the centre. Technical equipment and internet are provided by CEET, but participants are asked to bring their own computer for work.
The opening hours of CEET are from Monday to Friday 9 a.m. to 6 p.m. throughout the year, except for August, when the centre is closed for holidays. Sometimes, activities, trainings and excursions also take place on weekends. For volunteers / interns a schedule will be worked out on arrival together with CEET.

"Talassemtane" is a 58,000 hectares (145,000 acres) National Park covering large parts of the outstanding landscapes of the Rif Mountains.
The "Association Talassemtane pour l'environnement el le développement" (ATED), with its 600 members out of which 40 are full-time employees is one of the largest NGOs dealing with development and environmental protection in the north Moroccan region of Tangier-Tetouan. The NGO's head office is in Chefchaouen in the Rif Mountains.
The objectives of the organisation include carrying out research, awareness-raising about environmental topics, the development and promotion of ecotourism, and sustainable development of the rural regions under consideration of environmental aspects.
Volunteers and interns can participate in:
In its headquarters in Chefchaouen, besides offices and classrooms, ATED is also running a kindergarten, music classes, IT classes, sports, a library and a cafeteria.
Accommodation in Chefchaouen is at a single room at a hotel in the historic part of Chefchaouen. The hotel owner is also a member of ATED. The rates are identical to those given for Tangier. 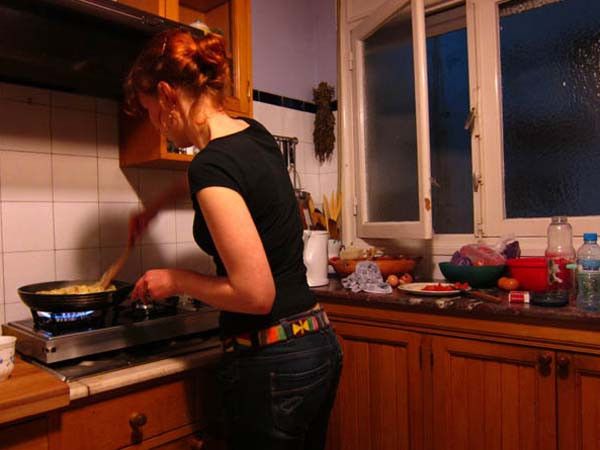 In Tangier, we can make use of two appartments which are shared by our participants. The apartments are located in modern buildings in the city centre of Tangier. All popular sites of the city, the medina, the kasbah, shops, restaurants and the locations of many volunteering/internship organizations are easily reachable by foot or using inexpensive small taxis.
The buildings are located in areas of upper income levels. We have choosen these locations, as they are the only parts of Tangier where even at night it is relatively safe to be on the streets, and also as the people staying in these areas are the only ones understanding the concept of "shared apartments", where several young people, even of mixed gender, are staying together in one apartment. In other, more traditional and conservative areas of the city, we would face serious problems with the neighbours, if unmarried young people share one apartment.
Each of the two apartment has 4 rooms; some rooms have two beds if you want to share. Kitchen, bathroom and living room have to be shared. The apartments are of high construction quality, have modern bathrooms, and functional furniture. Both apartments have wireless internet.
Rates

You can choose between the following options:
Mobile/Cell Phone Users: If you don't see the rates for your desired duration of stay, hide other (shorter) durations of stay.
*For short time participants: Single room only if available, otherwise room shared with other participant of same sex
In case of 3-4 persons: Rate as 2 persons. 5 or more persons: Contact us for group rates.

French and Arabic/Darija Lessons in Tangier!

It is always helpful to know the languages ​​of a country. We offer language classes in Tangier with a teacher who can address your specific knowledge. You can determine the intensity of teaching; we recommend a maximum of 10 hours per week. 2-3 participants who have the same level of knowledge can also take lessons together; the price per person does not change according to number of participants.
See the price and options in: French | Arabic/Darija
In the registration form, check "Language Training Required" and specify the required number of hours (minimum 20 hours).

See our video about Tangier!

The volunteers Muriel and Wiebke show some aspects of Tangier in this video; please notice also a short feature on La Creche and Dragon Tangier youth club. The language teachers Zhor and Khadija are also featured and we see an apartment in the city center of Tangier, for participants to share.

Tangier, an attractive location on the Mediterranean coast with views of southern Spain, until 1956 was an "international city" that belonged to no country, but was managed by the French, the Spanish, the British and the Italians. Due to the special legal and tax status for those settled here, the city is not only home to numerous millionaires from around the world who built opulent mansions and buildings on the 7 hills of the city which still stand today, but was also a center of international espionage - two James Bond films are playing in Tangier. The international flair also attracted well-known international writers who helped the city become a cultural melting pot.
The English word "Tangerine" by the way is derived from the name of this city.
Tangier offers an interesting combination of the Arab-Islamic world - which you will get to see in the old town, in the everyday life of the conservative the Islamic middle class and of course, during your volunteer and internship activities - and European life, because many Europeans (mainly Spanish and French) live in Tangier.
Social problems, in the areas where volunteers and interns may work, include lack of care for marginalized groups of society, the problem of unmarried mothers and their illegitimate children, which is denounced by the traditional Islamic society, immigration from Africa to Europe and, increasingly, street children through the decline of family structures.

Our coordinators in Morocco are Souad and her daughter Yasmine.

Around Tangier there are numerous sandy beaches, both in the Mediterranean and the Atlantic Ocean. Here you can not only swim, but also enjoy beautiful sunsets and eat fresh fish.
On the breezy hills around Tangier, there are numerous scenic spots. A day trip can include the picturesque town of Chefchaoen in the Rif Mountains, the historic town of Asilah and the "Caves of Hercules".
Multi-day trips include visits to the imperial cities of Fez, Meknes, Rabat and Marrakech, centers of Islamic art and culture, as well as a trip to the Sahara to the south of the country.
Tangier has a lively nightlife. Along the beach promenade and in the city, there are many restaurants with live music and discos that are filled until the wee hours on weekends. In addition, there are regular cultural events such as the Tanjazz Festival in June each year, the Tanja Latina Festival of Latin American music or Mediterranée Music Festival in July.
Getting There 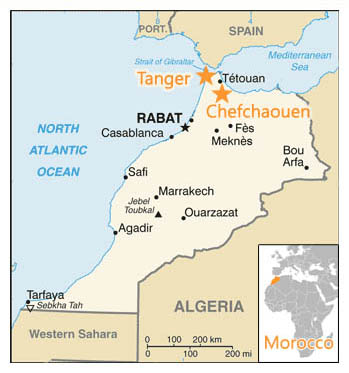 Book your flights to Tangier (TNG). Several budget airlines such as Ryanair, Easyjet, Jet4you, Air Berlin, German Wings and TUIfly fly there. Tip: You sometimes get cheaper flights from nearby Airports in neighboring European countries such as Brussels, Paris and Milan. Often the combination of train ticket from there is the cheapest option. You can also fly to Casablanca or Fez, from where you can go by bus or train to Tangier. Those who want to tour Andalusia can also fly to Malaga, Seville and Jerez and from there, take a bus to Algeciras and then, the ferry to Tangier. We can give you details of all these forms of arrival. In Tangier, we will pick you up at the airport, seaport (Tanger Ville) or train/bus station and take you to your accommodation.
FAQs

No, you can arrive at any date and you can hence, plan your trip according to your availability and the prices of flights. We can pick you up from the airport even at night.

Of course you can travel around, almost all of our participants do so. When it comes to traveling to more distant locations (e.g. the Sahara), you can not do that over one weekend; we recommend you do this before or after your internship/volunteer work or during holiday periods (e.g. Eid-Al-Fitr) so that you do not miss days in your project.

Is it safe to travel in Morocco alone as a single female traveller?

No problem, if you follow some simple precautions, such as in relation to clothing style, dealing with local men or places that should be avoided at night, all of which we will advise you.

Will I be the only volunteer/intern in the project or in Tangier?

In Tangier, you live in an apartment with other participants. The apartments are of good standards. You can find details in the tab "Accommodation".

Yes, there is wifi internet at no extra cost .

There are washing machines in the apartments.

Yes, there is a kitchen in the apartments.