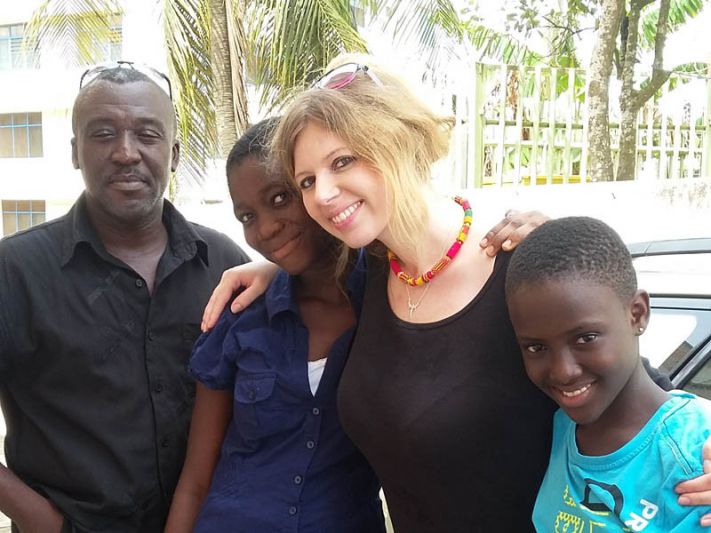 Ghana is a country in West Africa. Akwaaba! in Ashanti means "Welcome!" and is probably the word that you will hear most in Ghana, as the people of Ghana are extraordinarily welcoming.
While the north of Ghana is a rather sparsely populated savanna landscape, the south is more densely populated and humid. There are numerous rivers, lakes, waterfalls and tropical rain forests. The south’s fertile soils are used for agriculture such as the cultivation of cocoa, and the south is also rich in natural resources such as gold, diamonds and gas.
Ghana has a rich history. Since the 11th century, the territory which nowadays is Ghana, was home to relatively well developed kingdoms such as the Ashanti Empire, which were trading with gold and were building cities. The gold trade with the Portuguese and Dutch started in the 15th century. Along the 560 kms of the "Gold Coast" in the south, numerous castles, forts and ports can be found, which were built by the Portuguese, Dutch, Swedish, Danish, Germans and British for trade and colonialism. In 1957, Ghana was the first African country to achieve independence from Great Britain.
The sandy beaches along the coast are a tropical paradise. Besides many Ghanaians they also attract around half a million foreign tourists per year, who also visit the country because of its historical and cultural heritage, and to do a safari.
During recent years, Ghana achieved strong economic growth and is nowadays classified as an emerging country. Besides tourism, agriculture and the exploitation of natural resources, Ghana focuses on high technology such as the manufacturing of electronic products, car and ship building, and communication and information technology. The urban areas are relatively well developed in terms of access to education, medical care, accommodation and labour markets.
Our main locations in Ghana are the historic port city of Cape Coast, the capital, Accra and the Kakum National park.
You fly to Accra Kokata International Airport (ACC).
Ghana is considered to be a safe country . Even as a woman alone, there is no increased security risk, if you follow some basic rules. The official language is English. 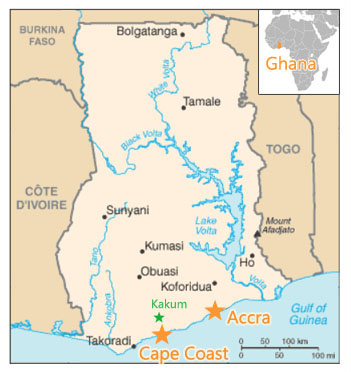 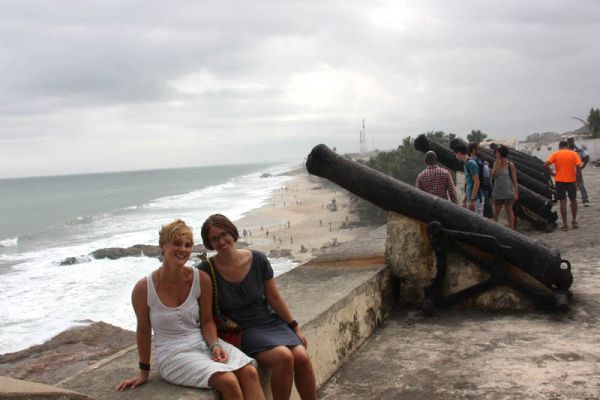 Cape Coast is a city of about 170,000 inhabitants, on the coast south of Ghana. It is relatively easy to find your way through the city and public transport is cheap and good; this makes the city an attractive location for volunteering and internships. There are tropical beaches and locations for excursions, such as Kakum National Park. Cape Coast has a humid-tropical climate with nearly identical temperatures all year around, of about 30 degrees. May and June see the rainy season.

Our coordinators in Cape Coast

Our coordinators in Cape Coast are Sampson and Paschal, who collaborate with other team employees.
Accra 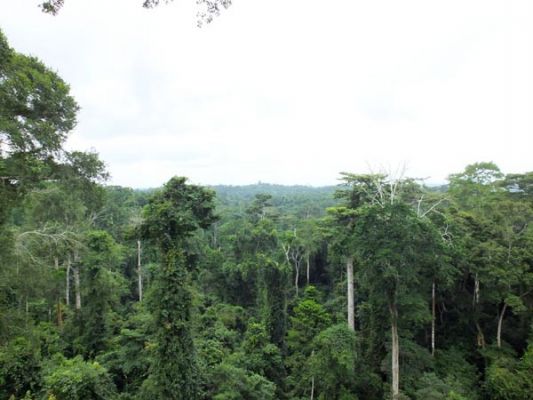 The 375 square km Kakum National Park lies 33 kilometers north of Cape Coast and is covered by the tropical rainforest.
Since 1992, the forest area has had the status of a national park. The endangered Mona monkeys live here, as well as Diana monkeys, African Forest Elephants (a smaller subspecies of the African elephant), bongo antelopes, Buffalo, civets and 56 species of birds. 105 plant species have been described.
Unique to Africa is the 330-meter-long tour across suspension bridges between the 45 meter high treetops of the forest, which provides a view of the rainforest from a perspective that is uncommon for humans.
The park is managed by the Wildlife Department of Ghana, and is now one of the main tourist attractions of Ghana.

You can find all the activities in Ghana in the main menu above or using our Activity Finder.
World Learner

In Ghana you can teach English and learn Akan, Fante and Twi, as well as learn traditional and modern East African dances. These activities can also be combined with your internship and volunteering project.

You can find the World Learner options in Ghana in the main menu above or through the Activity Finder.
Academics

Theses Abroad are possible in Ghana, in a variety of subject areas, where we can assist you because of our good connections with NGOs, government and private institutions. For the same reason, and because we are, at the same time logistical service providers (transport, accommodation, guides), we are the ideal partner for Group Study Tours and Special Interest Programs in Ghana.
Discovering The Land

Almost all of our participants travel around to get to know their host country, Ghana. We organize regular trips across the country.
Log-In