Tea Plucking in the Himalayas 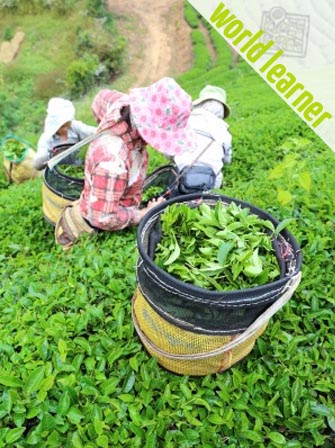 Surround yourself with a green tea plantation in the Kangra valley of Himachal Pradesh - an oasis of peace and nature. Here, you decide whether and how active you want to be, picking tea!
The landscape in the Kangra valley of Himachal Pradesh in the Himalayas of India is heavenly - framed by high snowy mountains, there are densely forested green hills with occasional rustic wooden facades and roofs of handsome old farmhouses standing out between the fir trees; on the hills, the golden Buddhist temple of exiled Tibetans shines in the sun from afar. Crystal-clear rivers cut through the valley in wide, natural paths, from which protrude large smooth rocks washed by the water. Next to this, geometrically precise terraces of green rice fields are applied filigree.
The air of this landscape is incredibly fresh and invigorating . At the same time, the sun is strong with year-round maximum values ​​during the day of between 20 to 30 degrees.
The valley and the higher mountains give an ideal climate for tea cultivation , but also for tropical fruits. 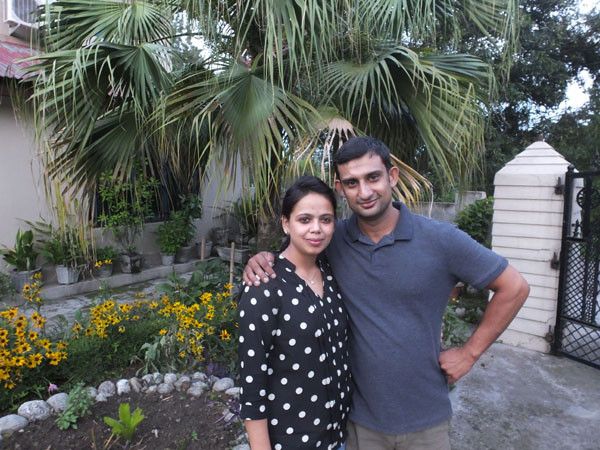 You can live on a 20-acre private plantation, created by the British in 1848, where you either simply rest in this pure and refreshing Garden of Eden or join the plantation workers in picking tea and harvesting other fruits, such as mango, passion fruit, jackfruit, lychees, figs, strawberries and blackberries, as well as flowers. How active you are, depends entirely on yourself.
The local workers will tell you important facts about picking tea. In the tea factory, you learn about the processing of tea leaves.
You stay in a rustic house in the middle of the plantation where full boarding is provided.
The small town of Palampur is easily accessible; the plantation owners drive there to make purchases and other things almost daily and you can join them.
There is no real rainy season in Palampur, there is a little rainfall in July; the rest of the year is relatively dry. From November to March, nights can be cold with temperatures below 10 degrees. 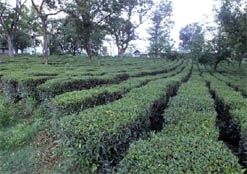 Stay on a tea plantation in the Himalayas

In China and Japan, it is believed that tea is the "elixir of immortality" and a "nectar of the gods". There are several legends about the origin of tea. According to one, in 2737 BC the Chinese emperor Shen Nung accidentally discovered the miraculous plant when some leaves of a nearby tree fell into his kettle. Shen Nung noticed the encouraging and therapeutic values of those miraculous leaves and started to propagate the drink from that moment on. The Chinese actually believe that most of their botanical and agricultural knowledge comes from Shen Nung. Another Chinese legend has it that a herbal healer began to write down his knowledge of more than 84,000 plants, but he died when he had only 62000 plants listed. But then a miracle happened, and on his grave grew a plant that united the values ​​of all the leftover 22000 plants - and that was tea.
The commercial cultivation of tea in India was started in 1778 by the East India Company, led by the English botanist Sir Joseph Banks. Today, 89% of the world's tea production comes from the 3.376 billion kilograms (2005 data) from Asia; India, with 28%, is the world's largest producer of tea.

The tea plant is actually a tree that lives up to 100 years. If you do not support it, it is 12-15 meters high, but the plants are usually pruned to a height between 1 and 1.5 meters and shaped as a kind of bush, so that picking the leaves is easy. Due to permanent plucking, the bushes are permanently kept in the vegetative phase, ensuring sustainable harvesting. Depending on the season, every 9–13 days, the new-grown leaves and buds are usually plucked by women, based on the rule: "two leaves and a bud“, which means to pluck the two youngest leaves and one bud to ensure the best quality of tea. An experienced tea harvester plucks approximately 30 kg of tea leaves per day. To produce 1 kg of tea, 4 kg of tea leaves are needed. A single tea plant can produce 70 kg tea per year.
In addition to picking the tea leaves and buds, further responsibilities at the tea plantation include cutting the bushes (Pruning), lace trim (Tipping), fertilisation (manuring), as well as the maintenance of shade trees (mostly silver oaks); the temperature, humidity and soil quality are ideal at the tea plantation.
Teas are categorized into three main classes: Green tea is not oxidized, Oolong tea is partially oxidized and black tea is fully oxidized. A special feature is white tea and instant tea (water-soluble tea).

For the production of green tea, the freshly picked leaves are exposed to a high temperature to stop the oxidation. This is done with steam or by roasting in a pan. After the heat-induced inactivation of oxidation enzymes, the leaves are rolled and dried to a residual moisture content of 2.5-3%.

In the traditional production of Black tea, which accounts for about 76% of global tea production, tea leaves are picked through the 5 stages: first they must "wither" (withering) to be soft and tender. Then, they are spread on drying racks and dried under air blowing about 12-16 hours, thereby losing much of their moisture. The next step is called "maceration“ which has the purpose of breaking the leave's cells in order to make the cell sap get in contact with oxygen. For 45 minutes, the leaves are being rolled in several tandem rotary or reciprocating sifters. The next step is the fermentation for which the macerated leaves are spread in layers for 2 – 3 hours at a temperature of 25 – 30 degrees and moisture of 90%. During this process, the leave's colour changes from green to copper and develops the characteristic tea flavour. Afterwards, the tea leaves need to be dried again, which takes 10 – 25 minutes in modern drying machines. Finally, the tea particles need to be sorted into different categories of sizes and fibers and flakes need to be removed. That results in three grades of tea: complete leaves, broken leaves, and dust. Within these levels, experts make further differences. The levels do not define the quality of the tea. 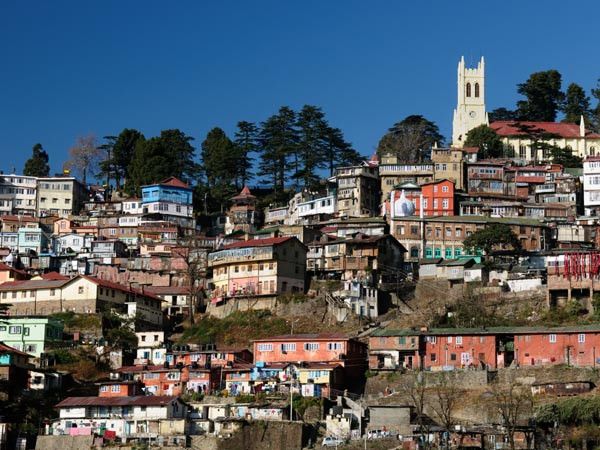 Landscapes of Himachal Pradesh in the Indian Himalayas are perhaps the most impressive of all over India - framed by majestic snow-capped mountains of the Himalayan mountain range, are fresh valleys such as the Kangra Valley.
The region is sparsely populated and characterized by natural forests, meadows, steep inclinations and small-scale agriculture. There is also a limited amount of tourism, particularly by Delhi urbanites, who come here over the weekend to do hiking, meditation or rock climbing; also by foreign tourists who proceed deeper into the Himalayas, visiting Dharamshala, the place where the exiled Tibetans and the Dalai Lama live or visit the Chail Conservation Area, which is only 20 km away. You will find pure and fresh mountain air in breathtaking mountain scenery.
It is possible to travel to < strong>Maheshu by train from Delhi, whereby the last part of the way through the mountains will be traversed using a historical narrow gauge train, the Kalka Shimla Hill Railway, which is a UNESCO world heritage.
Palampur is a small town in Kangra Valley in the state of Himachal Pradesh, at an altitude of about 1300 m, about 470 km from Delhi. Also known as the "tea capital of north India", Palampur is a popular travel destination for nature and outdoor enthusiasts, with countless streams and rivers coming down from the mountains into the valley and alternate with tea plantations and rice fields in a unique scenic beauty. There are also many ancient temples and buildings from the British colonial period.
Dharamshala, which is also situated in the Kangra valley, about 60 km from Palampur, lies at an altitude of 1450 m and is home to many Tibetan exiles, of which the Dalai Lama is the most famous. Again, there are many Buddhist and Hindu temples here.
In the area of Palampur and Dharamshala, you can do many outdoor sports like hiking, climbing, paragliding, rafting, mountain biking, etc.
The people in the Himalayas are usually modest and reserved. They are financially quite poor; as they often have inherited land and have to rely on agriculture for income, they migrate for a higher standard of living, more than many other Indians, into overpopulated cities.
The country's population speaks Hindi. People with better education, usually speak good English. 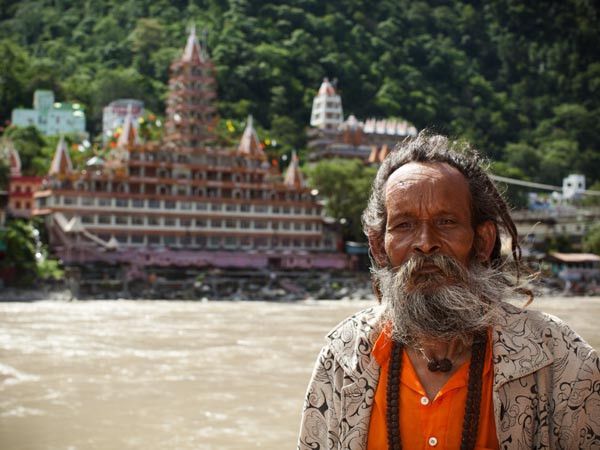 Located at the foot of the Himalayas, Rishikesh is a famous pilgrimage town. The Ganges flows by the town, which features not only by mythological significance as a holy river, but also with clear water and scenic beauty. The Ganges leaves the Himalayas from here, and then continues to flow through the plains of northern India to the Gulf of Bengal.

In Rishikesh, there are a number of temples and ashrams (religious hostels), both historical and built in recent times. The city attracts thousands of pilgrims and tourists, both from India, as well as from western countries. It is home to several yoga centers, in keeping with an age old tradition. Rishikesh therefore, has the reputation of being the "yoga capital" of the world. Hindus believe that meditation in Rishikesh, as well as a dip in the holy river Ganges, leads them closer to salvation (Moksha).

Our Coordinator in the Himalayas

Our coordinator in Maheshu, Dharamshala and Rishikesh is Vikas and his team from the Chrysalid Oudoor Camps. In Palampur, we work with Atul, a guide.

Getting to the sites at the Himalayas

Shimla (Junga):
You book your flight to New Delhi (DEL). For the projects in Chrysalid camp in Shimla, you travel further by train. We send you a transfer from New Delhi Airport to Delhi railway station. From there, you take the train to Kolka (daily at 7:40 and 17:25). In Kolka, you step into the historic UNESCO World Heritage train "Himalayan Queen" ( connection is only possible with the morning train from Delhi). You disembark in Kandaghat. This train ticket is included in the price, but we have to book several weeks before your arrival! In Kandaghat, you will be picked up and taken to your accommodation. If you take the evening train, you will be picked up in Kolka and transferred to your accommodation. If you have to stay a night in Delhi, hotel and transfer costs together will be approximately 40 EUR.
Palampur, Dharamshala:
The easiest way is to travel by flight to Dharamshala (DHM) - the airport is called Gaggal Airport. There, you will be picked up and taken to your accommodation in Palampur and Dharamshala.
Alternatively, you can fly to New Delhi (DEL) and then travel from there by bus. Transfers to the bus station and the bus tickets are included in the cost. The bus to Palampur takes about 8 hours, and about 11 hours to Dharamshala. At the respective bus stations of Palampur and Dharamshala, you will be picked up and taken to your accommodation.