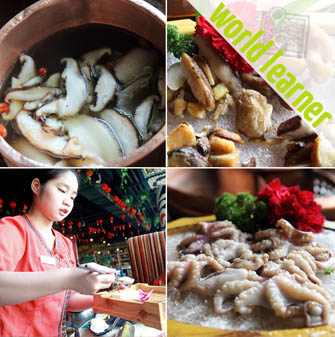 Chinese cuisine varies by region, ethnicity and class. As a result, developed over thousands of years, they have a variety of dishes, cooking techniques and styles more than in any other country.
The "8 regional culinary traditions" are generally the cuisine from Anhui, Canton, Fujian, Hunan, Juangsu, Shandong, Sichuan and Zhejiang. In addition, there are other ethnic and regional cuisines. Influences from other Asian countries and the West also found their way into Chinese cuisine.
In a cooking school in Beijing, you can learn the basics and also delve deeper into the specifics of certain regional cuisines and cooking techniques. 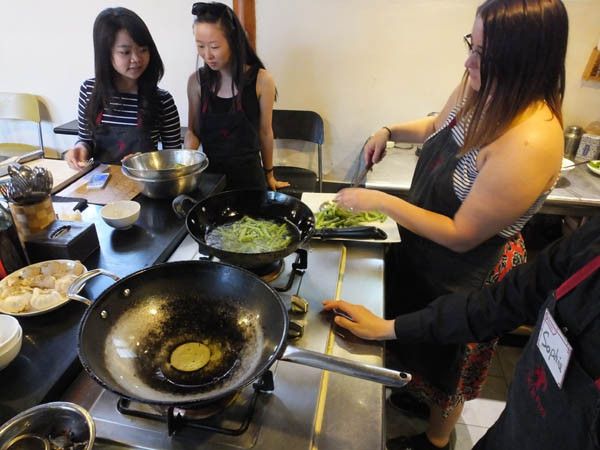 The cooking school in Beijing offers daily (Monday-Saturday) 1-3 lessons in Chinese cuisine, from which you can select and combine freely. Each session lasts 2.5 hours, during which 3 dishes are cooked and tasted afterwards.
You can choose how many units you book and combine within your residence period at the cooking school. Our package also includes accommodation in a hotel (for stays of less than a month) or flat (minimum one month stay) and airport transfers.
The other participants are other tourists and foreigners living in Beijing. The language of instruction is English.
The cooking school offers modules for different cooking traditions and techniques, of which we present some below. Each of these modules has 1-4 lessons.
Fundamentals of Chinese Cuisine - The four units teach the basics of Chinese cuisine with some simple Chinese dishes cooked, like sweet and sour pork, wonton soup and fried rice.
Cantonese Cuisine - The Cantonese cuisine from Southern China is known to emphasise the taste of the ingredient. Typical ingredients are river fish, ginger, oyster sauce, rice and leeks. Typical techniques include cooking in a clay pot, steaming and short frying. Here, you also learn the meaning of "wok hei" or "Breathing the wok", a process in which the flavor of the ingredient is conserved by an extremely high temperature.
Northern Chinese Winter Cuisine - The winters in northern China are hard and long. Typical ingredients in their cooking include lamb, cabbage, yams, dates and garlic. Stews are cooked for long. You learn stews and frying techniques.
Szechwan (also Sichuan/Szechuan) Kitchen - The food from Sichan in southwest China is characterised by the use of hot chilli. There are two main varieties: La Jiao (chili pepper) and Hua Jiao (Sichan pepper). In addition to the hot pepper, peanuts, anise and ginger are important ingredients. Braising, steaming and "Dry-Frying" are typical techniques. When Dry-Frying, fat from the meat is first extracted on low heat and then at high heat, fried in its own fat.
Hunan Cuisine - The cuisine of Hunan often uses sweet and sour sauces. Techniques include boiling, braising and roasting in a vessel. Typical ingredients include smoked meat, pickled chillies, pork belly, smoked tofu and asparagus beans.
Yunnan Cuisine - The Yunnan cuisine from the southern interior of China, offers exotic rice dishes, spice oils, food that is steamed in lotus leaves and dry-fried chillies. Characteristic are fresh herbs, mushrooms, turnip greens, pineapple and lemon grass.
Zeijiang Kitchen - The kitchens of Zhejing from the coast of central China are known for elegant seafood dishes, as well as the use of bamboo shoots and sprouts, ginger and garlic.
Kitchen of Beijing - The cuisine of Beijing is originally from the coast of the Shandong region and was then enhanced by the Imperial Kitchen: The Yuan Dynasty brought Islamic food to China and the Ming Dynasty added traditions of Huaiyang cuisine. At that time came the first "Restaurants" in China, i.e., not only the traditional food of the region, but dishes from different regions were offered to clientele. A characteristic of the cuisine of Beijing is the use of bean and sesame paste, fermented tofu, scallions and pickled vegetables.
Dim Sum are small bites that are traditionally served in small steam vessels or small plates, often made of shrimp, sticky rice, Char Siu (grilled pork), rice flour and rice noodles. They have their origin in the teahouses of Guangzhou and accompany the tea. You can make dim sums by baking, steaming, stewing and frying. You also learn how to fill and fold stuffed dumplings and spring rolls.
Xialongbao are elaborately folded small dumplings from the region of Jiangnan (Shanghai), which are steamed in a bamboo container. Ingredients are often pork, seafood, ginger and aspic.
Dumplings - You will learn how to knead the dough and roll it, making the fillings (shrimp, pork, vegetables) for the dumplings, using fresh vegetables as color.
Shaanxi Noodles are wide noodles rolled out from the dough and cut. You will learn the art of noodle-making and matching broths such as mushroom-chicken soup.
There are other modules such as specialties from Mongolia, Tibet, Guizhou and Xinjiang and foreign food that is found in China such as Thai, Pakistani, Malay, Indian and Vietnamese. 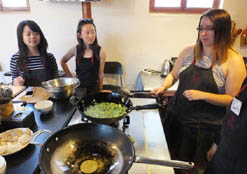 For Cooking Classes as part of a group, you can choose how many units you book. Each session lasts 2.5 hours. Daily (Mondays to Saturdays), 1-3 units are taken. A calendar with the units offered is always published approximately one month in advance.
Minimum Duration: 1 week
Maximum Duration: 3 months
Language Requirements: English
Location: Beijing
Accommodation: Maximum one month: Hotel; 1 month and longer: Shared Accommodation room or Hotel

In Beijing, you can choose between accommodation of different standards:

Most popular! - This is the choice of most of our participants. Here you live in a shared apartment with other participants in downtown Beijing.

Comfort+ - For those who put more emphasis on comfort: Accommodation in a hotel 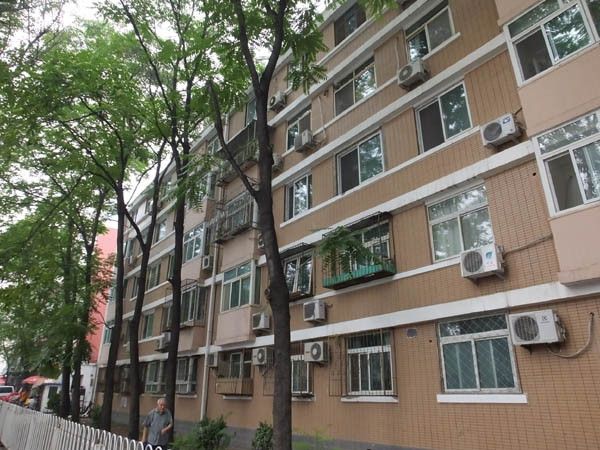 The accommodation in the category "Most Popular" is in Beijing, in single or double rooms (you choose) in apartments in the city center, which you share with other participants. Most live there with 2-4 participants and share bathroom, kitchen and living room.
The apartments are of good standards. The bathrooms have hot shower, western toilet, sink and usually a washing machine. The rooms have heating and air conditioning. In the kitchen there is a fridge, stove, and other kitchen appliances like microwave, toaster, kettle, etc. The apartments are typically in blocks of flats in the city that have elevators and security personnel. In general, there is wifi Internet. A cleaner comes once a week to clean the apartment.
This option is perfect for most of our participants. 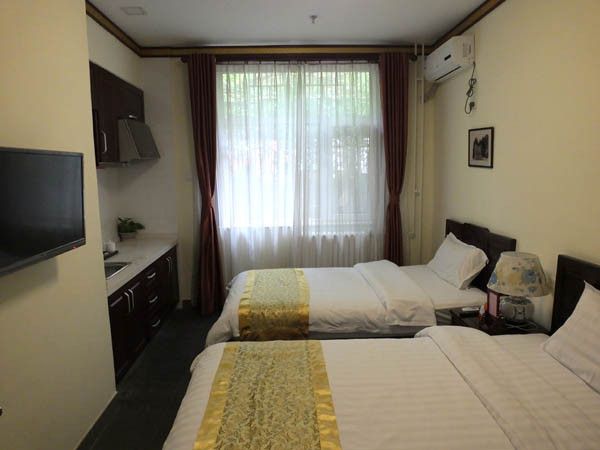 Higher standards of accommodation are available in a hotel, in air-conditioned single and double rooms. There is a private bathroom of high standard, as well as flat screen TV and wifi Internet. Bedding, towels, etc. are changed regularly.

Convert to USD, GBP, CAD, AUD and other currencies
﻿﻿

These projects are suggestions for alternatives that may interest you or those that could be chosen as COMBINATIONS. The combination of projects in different organizations is often possible and usually cheaper than two individual bookings. Please contact us to know more! Check out our other listings in the areas of "World Learner", "Active Travel" and "Working Holidays" in China to make your stay even more interesting. 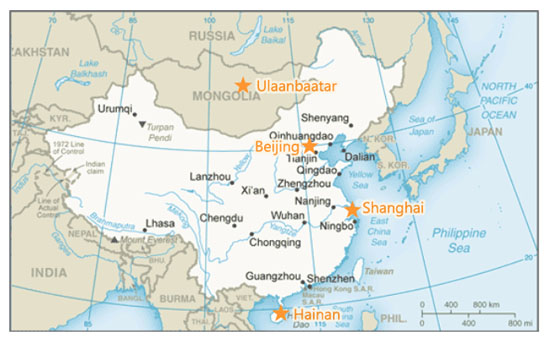 All major cities in China, as well as the holiday islands of Hainan and Ulaanbaatar (Mongolia), have international airports and you fly directly into the city of your project. There, you will be picked up from the airport. 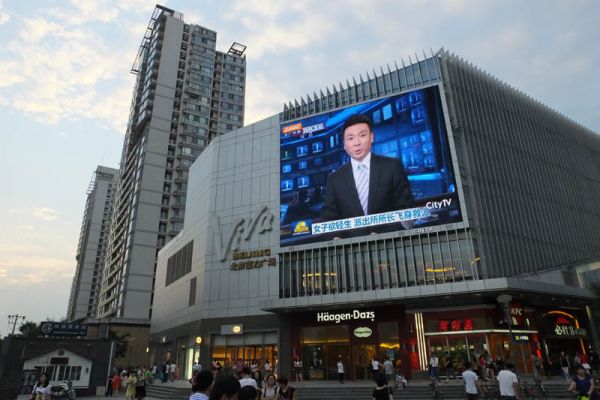 Beijing has over 20 million inhabitants, is one of the largest cities in the world and the capital of the People's Republic of China.
The city is incredibly dynamic and full of young life and momentum. Many innovative companies and start-ups (both Chinese and foreign) are setting up shop in Beijing. Young people from all over China, at the age of 20 to mid 30's, move to Beijing in search of professional success. In addition, there is a significant number of young people from Eastern and Western Europe, North America and Africa, trying their luck here, either in business or simply spending some time in Beijing.
The nightlife is amazing here, especially during the warmer months: every night, the streets, restaurants, bars and clubs are full of people until the wee hours of the morning. The cost of such nightlife is relatively low. On the streets, you can listen to street musicians, dance publicly, sing karaoke and eat and drink – you will hardly see signs of a communist dictatorship. There are plenty of ultra-modern shopping malls and hip restaurants to which the guests pile in. Beijing is in the midst of an economic miracle and for Beijingers, this means consumption and fun.
Thanks to the Olympic Games of 2008, the city received a modern public transport system that is very inexpensive to use, as well as attractive and well-maintained parks and squares.
Since the 11th century BC, Beijing has been one of the most important cultural centers of the world and full of palaces, temples and historical art treasures with which no other city in the world can compete. The Great Wall, which is visible even from the moon, passes north of the city.

The start date of any internship, volunteering assignment or Working Holiday can be discussed with your coordinator during your Skype conversation with him/her. The group Chinese language lessons, though, start the first Monday of every month.

During your internship or Working Holiday jobs, you travel around during your free time, holidays or weekends.

Can I travel alone to China as a young woman?

No problem; in China, women move around freely and confidently.

Will I be the only foreign volunteer/intern in the project or at my site?

We have Working Holiday participants and students in Beijing at most times, and it is possible for you to stay together. The number of interns at a particular site is decided by the company itself. It is very easy to get in contact with other foreigners of your age in Beijing, if you so wish, as there are very many. At other locations, such as Hainan and other cities, we have fewer participants.

You can choose whether you want to live in an apartment in the city center of Beijing, which you share with other participants, or in a hotel. Details are in the tab "Accommodation".

Yes, there is wifi internet.

The apartments have a washing machine.

Yes, there are well-equipped kitchens in the apartments. Details are in the tab "Accommodation".

You should be able to make yourself understood in English. If another language is required, this is indicated in the info-boxes of the respective projects.